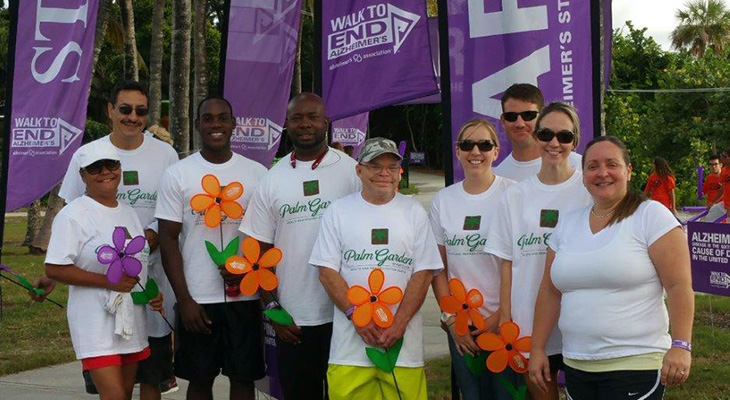 Team members participated in the walk to end Alzheimer’s on October 3, 2015.  The walk raised $83,000 to fight this insipid disease which affects over 5.3 million Americans.  Alzheimer’s has no current cure.  Team members at Palm Garden of Pt. St. Lucie are united in the idea that slowing the progression of Alzheimer’s disease is not enough, “we must find a cure!”